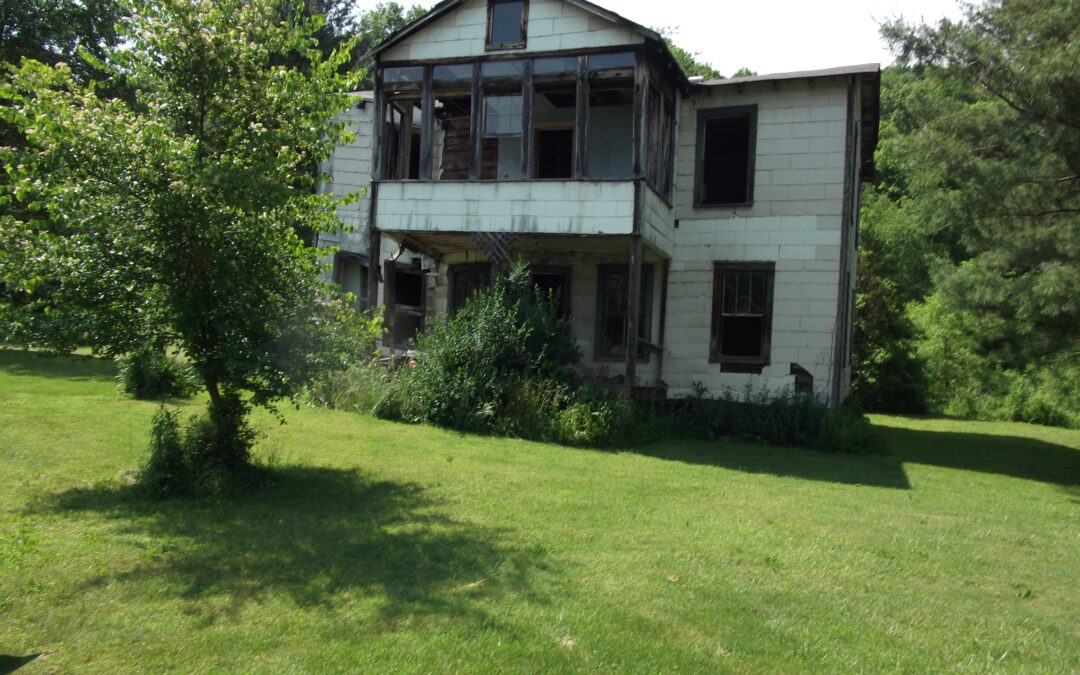 For years the rumors ran rampant – rumors of ghosts haunting the old house beside the creek. Trick-or-treaters routinely passed it by on their quest for goodies. How could the rumors possibly be true?

I went there. I wanted to see what basis there was for such wild claims. No sounds came from the house. I entered with some difficulty. Walls lean and floors slowly sink into the ground. Windows are broken and rags hang where curtains once did and they are blown by the winds which come and go.

From room to room I made my way looking and listening for clues to what people had said for so long . . . and to my amazement . . . I soon began to see the evidence.

My mind revealed to me what others had spoken of. I began to look around the lifeless rooms as images emerged. In this room the images of children playing games and in another room the unmistakable image of a mother preparing a meal. With each doorway that I passed through I saw different ghosts. They are there in abundance.

But are they the ghosts of long dead individuals that boarded in the house . . . or victims of some violent poker game? No. Are they the apparitions of misty spirits trapped between realms? No. The ghosts are . . . us.