The novella from the series “Gretchen Falls” is a set of standalone short stories that will show you many sides of the characters. The novella is available for free to our mailing list subscribers and can also be purchased at all retail and online book outlets. 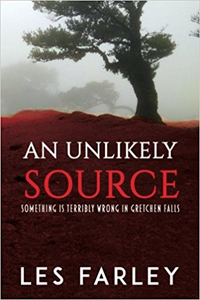 An Unlikely Source is the second book in the book series about Gretchen Falls.

Prepare to be drawn into the mystery that takes place in this small town – Gretchen Falls. It will be as though you are actually walking the streets, meeting the curious characters and even experiencing the frustration of the sheriff who, for some strange reason, is not permitted to investigate the young lady’s death.

What possible right do a people as primitive as the Punia have to be aboard a space station such as the Lyncis Optima? Understandable is the presence of the Aaruna (the ghost people, as they are referred to as), or those of Galcor, Pledma, Dinaria or any of the others. But this tribal people – it’s a paradox. Of course, the Solari must maintain a great distance, for the safety of the others. 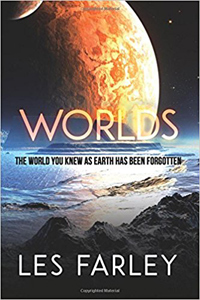 They are within weeks of their destination – a distant planet that they hope will become their new home. There’s no turning back. Earth is three hundred years in their past. Moral decay and overpopulation led to the launch of The Cicala Project. The people aboard this ship have never set foot on anything except the metal decking beneath them. Generations have lived out their lives on this ship. Nearing their destination, excitement is building towards a fever pitch. What will this strange planet hold for them? Will it be home? 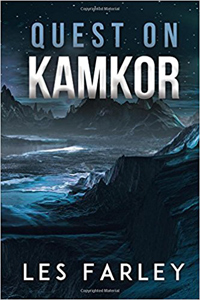 Some say that the Trail of Kamkor was formed long ago as a great beast moved along the earth. Some say that Kamkor never ends. One thing is certain. If one is to avoid the dense forests of the highlands Kamkor is the only means of travel; and if these two young men accept their challenge Kamkor, with all of its perils will take them far from the mountains and across the lowlands. Young and naive, the perils of this ancient trail might be too much for ones of such tender years. Two mysterious mentors will aid them . . . if they accept. 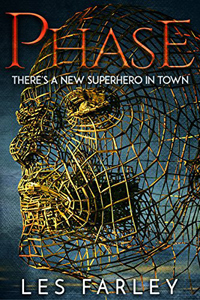 Nelvin Crumbholtz is anything but your regular guy, as much as he would like to be. Skinny, nerdy and trapped in a dead end job as a telemarketer. The job market is just too competitive for him to find anything better. Huhh. Anything better. Boy! Was he in for a surprise.

His car is on its last leg, he barely makes ends meet and no girl will look his way because of his anemic appearance. He works out faithfully to improve his appearance; but to no avail.

Countless hours have been spent keeping his resume in tip top shape and every evening he is at the computer surfing the web for companies that he can submit it to. One night after doing so he experienced something that defies description. To try and relate his experience to someone would only invite laughter or ridicule.

Nick is under pressure today. He needs to bring home some cash so that he, and his girlfriend, can keep from going broke. But he has chosen a profession that isn’t an honorable one. He makes a living by preying on weaker individuals. Today’s target is the old man that he’s been observing all week long and he needs to make his move.

He’ll attempt to gain entry into the old man’s house and, hopefully, find enough cash or credit cards to sustain him until a new victim is found. But sometimes people aren’t as helpless as they seem and Nick may be in for a rude awakening.

Back to Gretchen Falls

Their bliss is interrupted when strange events take place.Alan and Burnadette have caused quite a stir in Gretchen Falls. The picture-perfect couple, their wedding theme shocked everyone. Now, on the rocky New England coast, they’ve settled in at a local bed and breakfast for the week of their lives … but strange things are beginning to take place.Why do all of the local people react so strangely upon hearing of their accommodations? How were they able to book their room at such an incredible price? Most of all, what explanation can there be for the strange sights and sounds that have plagued Burnadette? Alan wants to support his wife but her claims are too wild. Soon, he, himself, learns that there is a basis for what she says. Eventually, they both feel that their lives may be in danger. How can they combat the evil presence and who can they turn to for help? They are all alone and desperate.